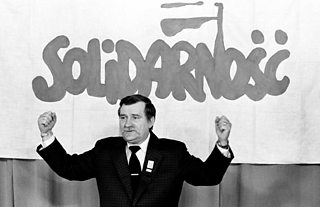 Freedom is an untidy notion and Polish industrial relations are in a fair state of chaos as the country attempts to ride the wave of union reform, now officially sanctioned by party and government. To start with the official union movement. A few top people have been purged by the party and not by their own rank and file and the new leadership has pledged free elections, both for officials and for delegates to a union congress which will draw up a new constitution enshrining democratic participation and the determination to strike as a last resort.

Meanwhile, down in the grass roots, something is stirring. In many unions — journalists, dockers, teachers among others — meetings of activists, determined to complete the transformation of their unions faster than the new party appointed bosses approve, are being held. Elsewhere, individual workers by the tens of thousands are tearing up their old union cards and signing up with the loyal opposition.

Official unions and managements are doing their best to stem the tide.


In some plants they have reportedly combined to keep the new style union organisers off the premises. In others they are making difficulties about returning pension funds, holiday money and the like to drop-outs.

For the moment the independent unions are concentrating on urgently establishing their physical presence. Offices are being opened, officials elected and proper membership lists drawn up. That is as it should be. The tide of protest can — and will — recede. If the Polish workers are to make permanent gains, strong institutions must be left behind when the tide goes out.

Otherwise, as happened after and , when similar though not as far reaching promises of reform were made, the gains will be gradually eroded. Even the legal and constitutional reforms promised when the Parliament Sejm meets later this year will not be as important as the continued existence of powerful, well-organised independent unions.

It is worth remembering that, for the past half century, including the appalling period of Stalinist repression, the Soviet Union boasted the most democratic and progressive constitution in the history of mankind. It is a safe enough bet that, unless government and party obstruction becomes significantly more powerful and better organised, several million of them will shortly be members of new and independent unions.

But already Mr Walesa and his colleagues are quoted as saying that they would like both money and advice from Western unions — an appeal which has brought bitter condemnation both from Moscow and Warsaw. There is nothing, in principle, wrong with Western unions aiding their East European counterparts, especially now the independent unions are regarded as legitimate by the Polish government and the TUC should say so loud and clear.

After all, the Kremlin raises no objections when aid flows the other way. A party of British steel-workers and their families are even now packing their bags ready for a free holiday in Russia as guests of the Soviet Metal Workers Union — a holiday package donated to our steel union as a reward for its heroic strike against Sir Keith Joseph and Sir Charles Villiers earlier this year. In practice the value of Western union aid will have to be weighed against the danger of the Communist authorities using it as an excuse to smear or restrict the indigenous reform movement.

In the last resort the solution lies with the Polish authorities. Only if it is made impossible for the new unions to recruit and collect dues freely will Western union aid prove necessary. Sir Frank Chapple and those on the general council who think like him, should now ensure that the TUC honours that pledge. Membership of both bodies now stands at around three million — but, unlike the party, the new unions are still growing. In some ways this is an unfair comparison, since the membership figures of an organisation are not the most important indication of its political power.

The party still regards itself as an elite, the vanguard of the working class. Even so, the coincidence underlines the remarkable transformation that has taken place in Polish politics this summer. The party leadership has adopted a low profile, as if waiting for the other side to show its hand first.

While preparations still continue behind the scenes for an important Communist Party Central Committee session to consider political and economic reforms, attention was focused on a meeting of the new unions on Wednesday evening in Gdansk, attended by delegates from all over the country. The event marked the birth of an all-Poland trade union movement.

Facebook Twitter Pinterest. Topics Poland From the archive blog. But for his Smonlensk legend to take off, with his late brother and Mrs Walentynowicz as its new founding figures, the Gdansk Solidarity museum needs to be brought to heel. He says the ECS sees its mission as adapting the Solidarity message for the 21st century.

But its vision for a progressive, inclusive and liberal Poland are in conflict with the PiS vision: conservative, nationalist, patriotic. But the PiS funding cut backfired: furious Poles launched a crowd-funding campaign that more than replaced the funding gap. And now even old Solidarity legends have come back to do battle. Bogdan Borusewicz organised the original shipyard strikes, was interned and lived for years in the s Polish underground. In his office in the Polish senate in Warsaw, he is magnanimous about how, as a result, much attention — and credit — shifted to Lech Walesa. Unlike Walesa and Kaczynski, he stayed away from the round table talks and criticised the transition timetable as rushed.

We use cookies to personalise content, target and report on ads, to provide social media features and to analyse our traffic. For more information see our Cookie Policy. Derek Scally In Gdansk. More in Sponsored South Africa: offering the culturally curious a heady mix of flavours.

The Story of Home: From ruin to barn conversion. Commenting on The Irish Times has changed. To comment you must now be an Irish Times subscriber. The account details entered are not currently associated with an Irish Times subscription. Please subscribe to sign in to comment. You should receive instructions for resetting your password. Please choose a screen name. This name will appear beside any comments you post. Your screen name should follow the standards set out in our community standards. Screen Name Selection.

Only letters, numbers, periods and hyphens are allowed in screen names. Please enter your email address so we can send you a link to reset your password. Your Comments. Sign In Sign Out. We reserve the right to remove any content at any time from this Community, including without limitation if it violates the Community Standards. We ask that you report content that you in good faith believe violates the above rules by clicking the Flag link next to the offending comment or by filling out this form.

New comments are only accepted for 3 days from the date of publication. Latest World. Boris Johnson not fit to be prime minister, says Corbyn Calls for Johnson to resign as Westminster set to reopen Pelosi announces formal impeachment inquiry into Trump